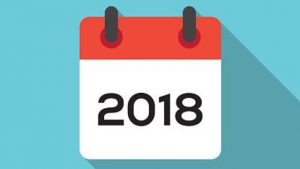 As I’ve explained before, I don’t do resolutions. There’s just something about stating a specific goal, which then becomes a binary success indicator – you either ‘win’, or you ‘lose’. Or else they become wishy-washy, “I resolve to not eat so much junk food” type resolutions.
No. I’m a goal person. It’s good to have goals in life, especially when you want to achieve something.
And what do I want to achieve? I want to publish more of my writing. 2018 is *that* year, when I’m going to publish some of my long-form fiction (i.e. novels).
For those that don’t know me, I’ve been writing ‘seriously’ since 2003. I’ve written a lot of short fiction, and I’ve written a lot of long fiction, too. And there it’s stayed – unfinished, unedited, unloved. And over the past few years, I’ve been getting more and more dissatisfied with this situation. Part of me thinks “what’s the point in creating new stories, working hard on the plots and the characters, for it just to end up as hard disk filler-upper?” There’s no point writing the beginning of new stories, adding to my glut of part-finished works.
So, 2018 is The Year Of Publishing Dangerously.
Basically, I want to publish at least 4 novels this year. I want to publish two collections of short fiction this year, too.
These are not pie-in-the-sky dreams. I’m not coming from a blank sheet of paper here. I have seven completed novel-length works, and several more which are close to being completed.
I’m working on completing a political conspiracy thriller for the first book to be published. Then there are crime stories, and more political conspiracies, and pre-apocalyptic thrillers. There’s a ton of stuff which could be completed, edited and published. Which ones are close enough to make the cut, I don’t actually know yet. But they’re going to be sent out there, into the big wide world, so I can move on with other, new stories I want to write.
And who knows, someone might even like them. We’re not going to know until they’re released into the wild.
And that’s what is going to happen.
Wish me luck, people.