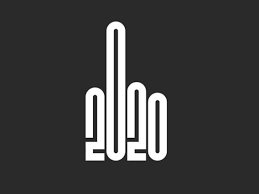 Yes, I know this year has been … different. That ancient philosopher who said “may you live in interesting times” needs to just shut up now. The ‘featured image’ sums up what a lot of people think about the year just gone.

But that doesn’t stop me from doing my annual roundup – a look back to last New Year at what I said I was going to try and do during 2020, and what I actually have done.

This was an interesting year, for sure.
I looked back on my goals for 2018, written around this time last year.
Embarrassing.
2018 was going to be The Year Of Publishing Dangerously.
I was going to publish at least 4 (count ‘em) novels this last year. I was also going to publish two collections of short fiction, too.
Hmm. That didn’t quite happen.
One of the problems with a huge store of Works-In-Progress is that it’s difficult to decide what you should concentrate on. Which will have the most beneficial effect on my writing career? Which do I want to publish first?
It’s like the donkey in the desert scenario. A sad tale, for those who don’t know, but it describes a donkey walking through a desert, hungry and thirsty. He comes across a bucket of food (whatever it is that donkeys eat) and a bucket of water. He can’t decide whether he’s more hungry than thirsty, or vice versa. He stands in the middle of the two buckets, indecisive, and eventually dies.
Yes, I know it’s a sad tale, and it’s not even true, but there is a dilemma when faced with a decision between choices when all have equal merit.
I went on a writing retreat with my lovely critiquing group (Frinton Writing Group) and presented the multitude of options to them. Having analysed what I’d written, and where I’d reached in the writing, they advised me to concentrate on my crime fiction.
I have two major threads to my novelling – crime (police procedural, with a series main character) and thrillers, mostly concerned with the end of the world as we know it. I call it ‘pre-apocalyptic fiction’.
So I worked on my crime fiction, and I worked on my thrillers. But, alas, none of them are at the ‘publish’ stage yet.
So, I suppose, you could call me a failure. And I’m okay with that.

Away from writing, there have been other developments too.
I am working with two writing friends to set up The Novel Makers http://thenovelmakers.com – a service which will expand upon the work we’ve been doing as part of Frinton Writing Group. We will work with authors writing novels, whether they’re just beginning, whether they’ve begun and are now stuck, or whether they’ve completed their manuscript and are unsure of what to do next. We will be offering online courses, one-to-one mentoring, manuscript appraisals and writing workshops and retreats.
And I personally have set up Writer.Support http://writer.support, a service which begins the work of The Novel Makers, but extends the services sideways, into help with writing short fiction, ghost writing, author websites, and podcasting / vlogging.
Tomorrow, I shall be posting my goals for 2019. Yes. Ever the optimist, me. 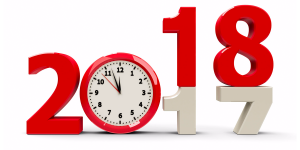