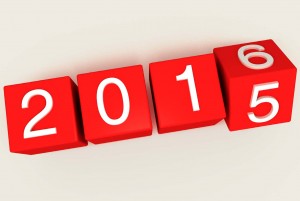 So, here we are again. Another New Year – countries to the East of us here in the UK have dropped into 2016 already. So in this increasingly globalised society, we are all in the New Year. Sort of.

None of us knows what lies in store for us, as individuals, as a country, as a society. And yet, each year, we make resolutions – promises to ourselves, made public, to lose weight, exercise more, join a gym, drink or smoke less. All things designed to make us healthier, and maybe to live longer.

Inevitably, a lot of these so-called “resolutions” go by the board. Promises get broken, the healthy living takes a turn for the worse, and we’re back into the same old, same old.

I don’t make resolutions. I don’t give myself nominal binaries which can be judged a success or a failure.

1. to write one short story a week for the whole year (a.k.a. the Bradbury Challenge) https://www.facebook.com/groups/1531196743840045/  I love writing short stories, and don’t write enough of them these days. I have the outline idea for the first dozen, linked, stories.

3. to do first edits on two previously-completed novels Here I want to make use of some of that back catalogue of zero and first drafts. I have five finished pieces, and I reckon two of them are in a form that can be edited up into publishable works.

4. to self-publish two collections of short fiction for halloween and Christmas Again, I want to make use of my short story writing. I have a handful of stores already in the can, as it were, but I’m sure some of the Bradbury Challenge stories will be of a suitable genre to include.

5. to write a blog post once per week (minimum) Yes, I know. There are so many bloggers, and people who blog (there is a difference) who don’t blog often enough. I’m one of them. So this will change this coming year.

6. to write book and short story reviews on the blog. I read a lot, and it might be useful (and good for creating traffic) to write short reviews. Again, it’s a case of having things that I do that are related to writing, and it seems reasonable to record them somewhere.

7. to be more active on Goodreads, posting reviews etc. Goodreads is one of those places, like Facebook, Twitter, and other places, where time can be sucked away, drifting in and out of conversations and reading what other people are doing. I shall limit my time there, perhaps having specific days where I will be updating.

So, all in all, a pretty mixed bag of writing and reading-related goodliness. But I’ll leave with a quote from Joe Konrath, a leading light in new writers and self-publishers, who does a look forward each year. If you want to see the complete post, it’s here:
http://jakonrath.blogspot.co.uk/2015/12/konraths-new-years-resolutions-for.html

This year, I’m boiling my resolutions down to the essence:

It’s so easy to get caught up in different aspects of a writing career. I’ve had phases where I tried to help other writers, started my own company, blogged, collaborated, fought the publishing world, evangelised, experimented, promoted, tried to figure things out, and spent a whole lot of time doing stuff other than writing.

I’m happy I did all that. But it has taken me away from the thing I like most.

I might be a blogger, and a teacher, and an innovator, and a pundit. But first and foremost, I’m a writer.

So for 2016, I’m going to write more than I’ve ever written before. I’m going to finish those stories I’ve put aside, I’m going to break new ground, and I’m going to get back to my roots. I’ve spent a lot of time tending to my career. And for good reason. A backlist is a garden that needs attention to grow and prosper.

But now I’m going to spend the lion’s share of my time planting more seeds.

I’m looking for 2016 to be my most productive year ever.

Not much to disagree with there, I think.