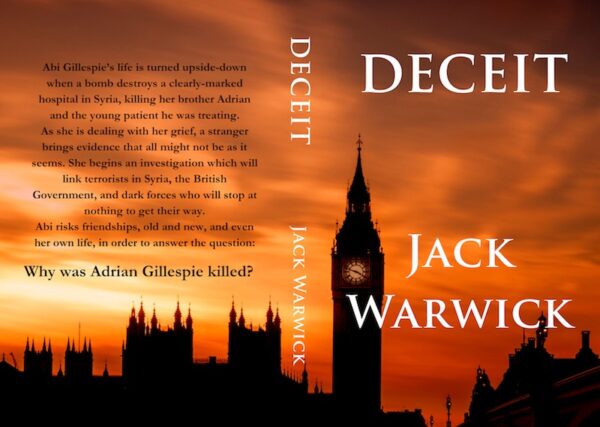 And we, in the UK, tut-tut and shake our heads at this mess of a civil war that seemingly no one can win.
And then I asked the age-old writers’ question: what if?
What if it’s not a Syrian or Russian plane that drops a bomb into a civilian area? What if the real culprit is somewhat closer to home? What are the stakes that someone would need to investigate this?
And slowly, I built up the story. The British doctor, working for Médecins Sans Frontières, in the hospital when it gets bombed. The sister of the doctor, devastated by his death. The friends she would turn to for help when looking into her brother’s death.
The father of the doctor, in government, but coerced into lying to his daughter. Because everyone in government is corrupt, right? Everyone knows the truth, and no one tells the truth.

After NaNoWriMo, the story was a healthy 69,000 words, but it was a mess. It had good bits, but there were plot holes all over the place, there were no character arcs, and there was no redemption scene. And there was no killer twist at the end.
So I took it apart. Like a house that’s been thrown together from a collection of parts. It was a house, but no one would buy it. This was a story, but no one would take time to read it.
So I took all the parts off, kept the good bits, threw the bad bits away, got some new good bits. Then I built a framework, foundations in solid concrete, to build the skeleton of a story. Then I started to hang onto that skeleton the good bits. Most of them fitted okay, some needed a bit of adjustment.
So now I had a story, with a great structure, but it still looked like a collection of parts. So that’s when I set to work. I adjusted them, smoothing out the connections between the parts, reading it through from start to finish, smoothing and painting and adjusting. It was looking pretty good.
Then I gave it to my beta reader – who is someone who reads the novel, sees if the story works, and highlights any inconsistencies as they read.
But they loved the story. They were totally engaged with it, kept turning the pages.
So now it was snagging time. When building a house, there are always bits that aren’t quite perfect. Maybe the paint needs fixing, or the plumbing doesn’t work like it should, or light switches are upside down. So it is with a story. You need fresh eyes, someone who doesn’t have the emotional investment of the author.
I had a professional snagger look at it. Made sure everything was exactly as it should be.
The story is now 67,000 words, but a whole lot better than it was after NaNoWriMo. It’s a different story, with character arcs, tension, backstory, and a sickening realisation for the reader just before the end. And there is redemption.

The first three chapters are uploaded to Wattpad: https://www.wattpad.com/story/208786264-deceit so you can have a read, and see if the book is for you.